Villa Cagnola’s art collection is one of the finest private collections of mostly gold-backed plates by Tuscan and Venetian painters of the 14th and 15th centuries and Lombard painters of the 15th and 16th centuries. Others include Ercole de’ Roberti, the Master of the Madonna Cagnola, Jacopo Bellini, and the Vivarini.In the sphere of seventeenth- and eighteenth-century painting, the Venetian Francesco Guardi stands out with several works.

It also includes one of the richest and most comprehensive collections of European and Oriental ceramics, majolica, and porcelain; ranging from the early fourteenth century to the late nineteenth century, traveling in an imaginary journey through the states of Western Europe to the Far East.

Also notable are the many Flemish and French tapestries, valuable antique furniture, bronze plaques, and sculptures.

The art collection is always accessible with guided tours by reservation for groups of at least 7 people.

Guided tours are scheduled on the second and last Sundays of the month at 4 p.m.; reservations are recommended

A look at the collection 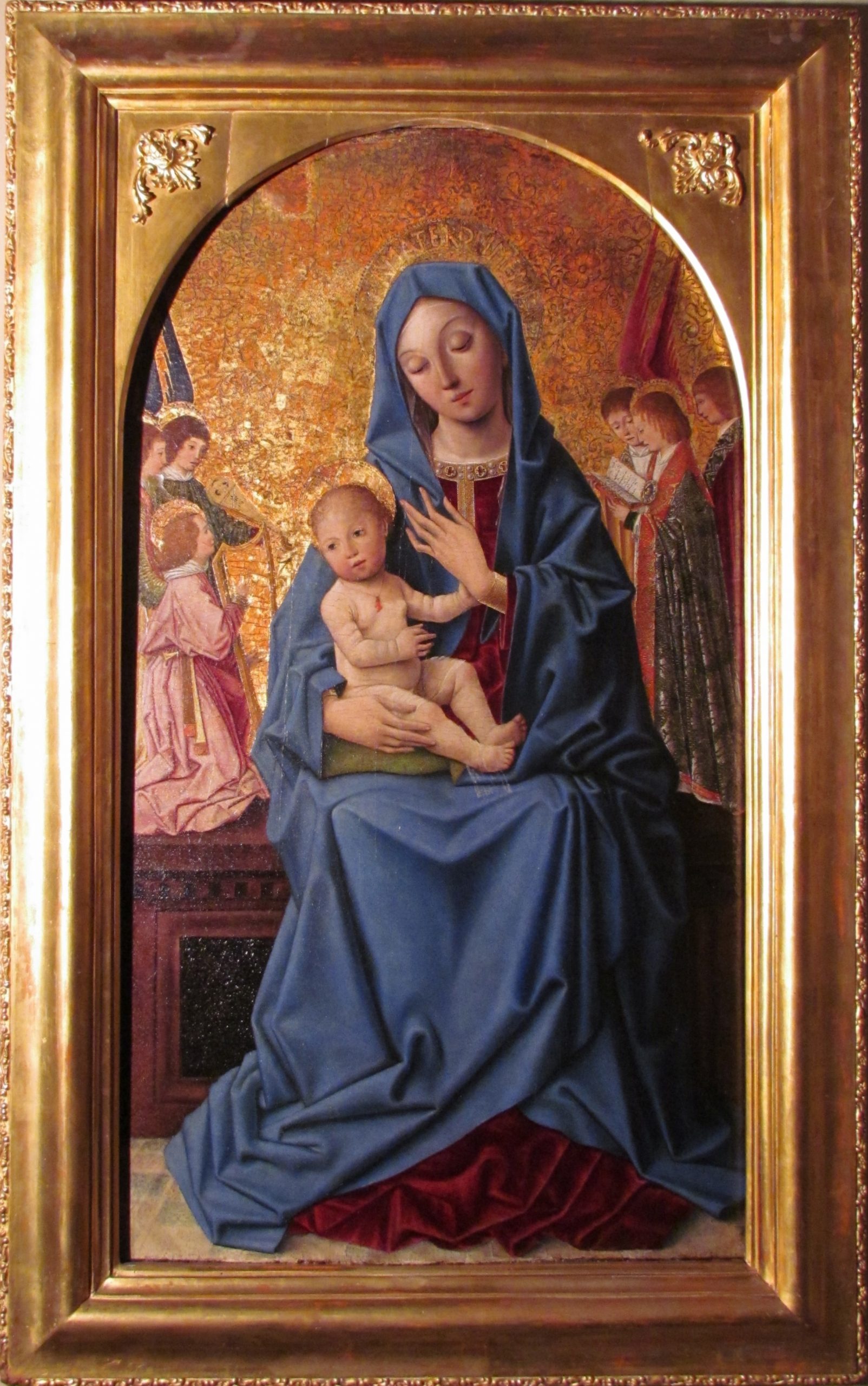 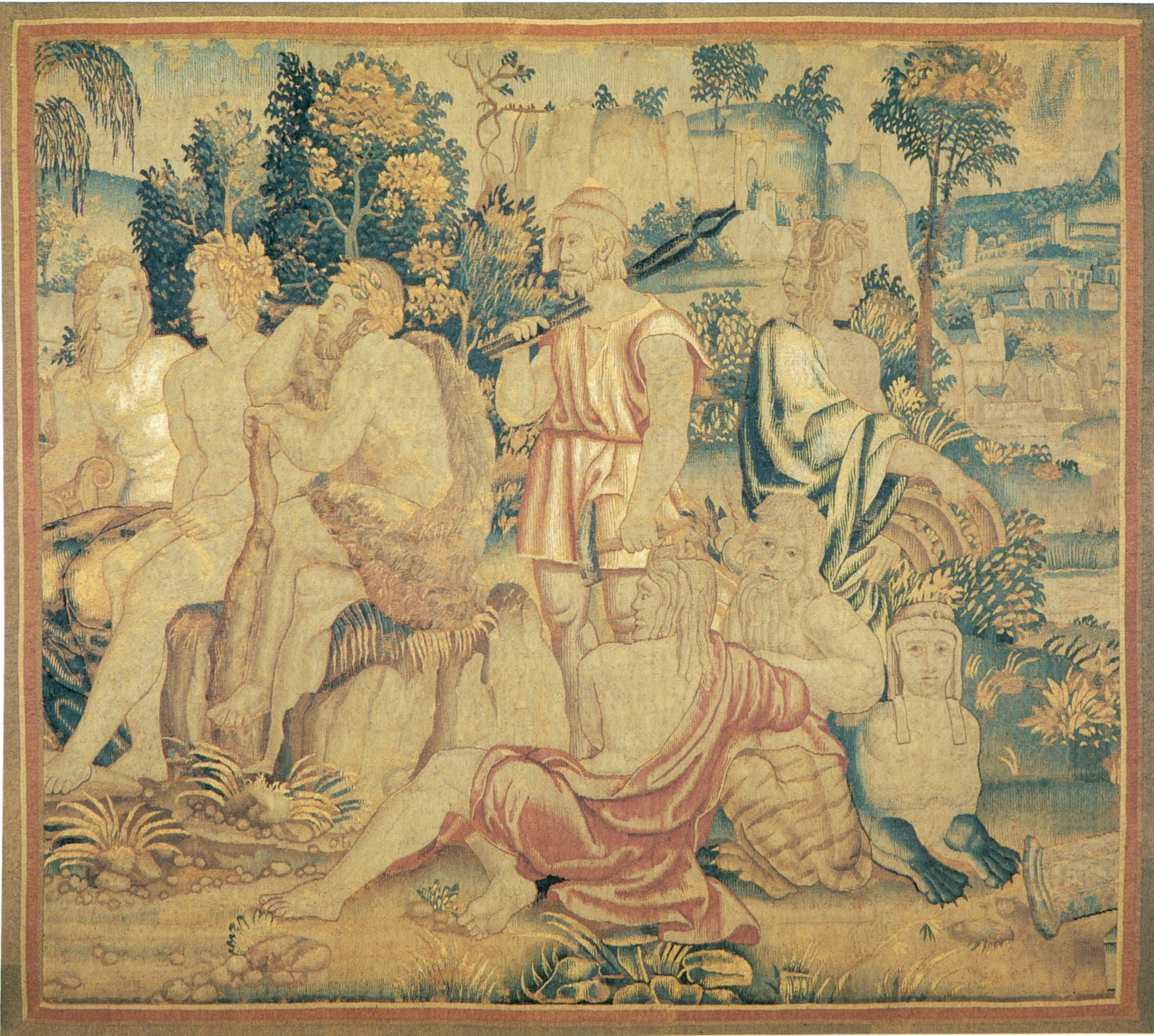 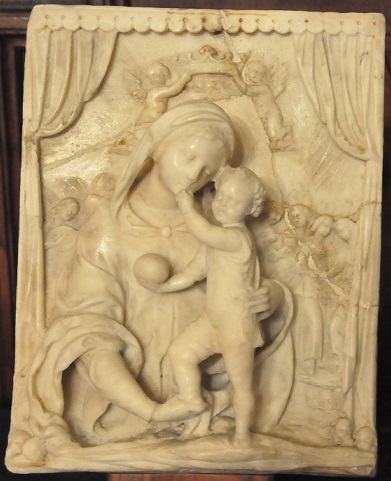 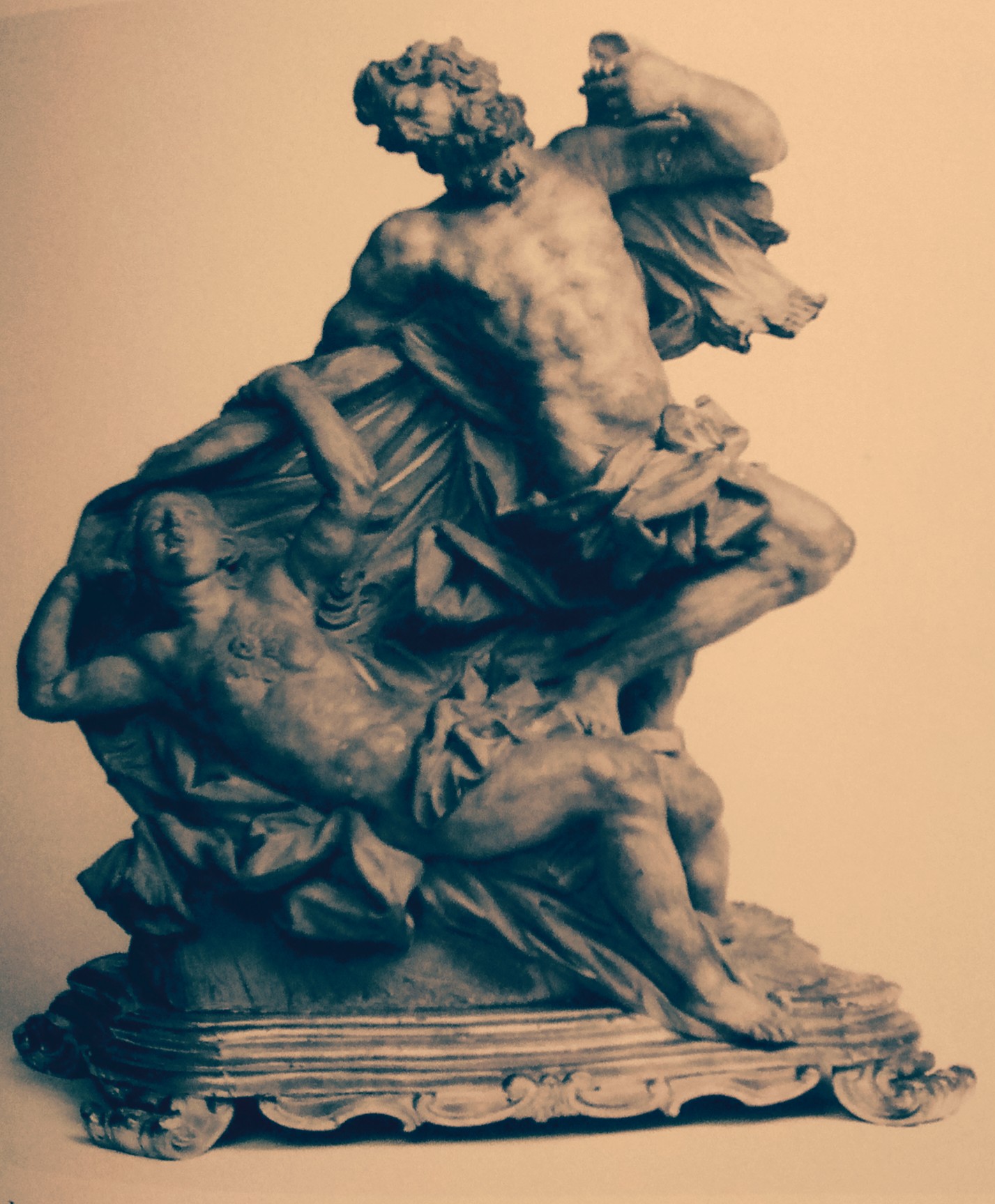 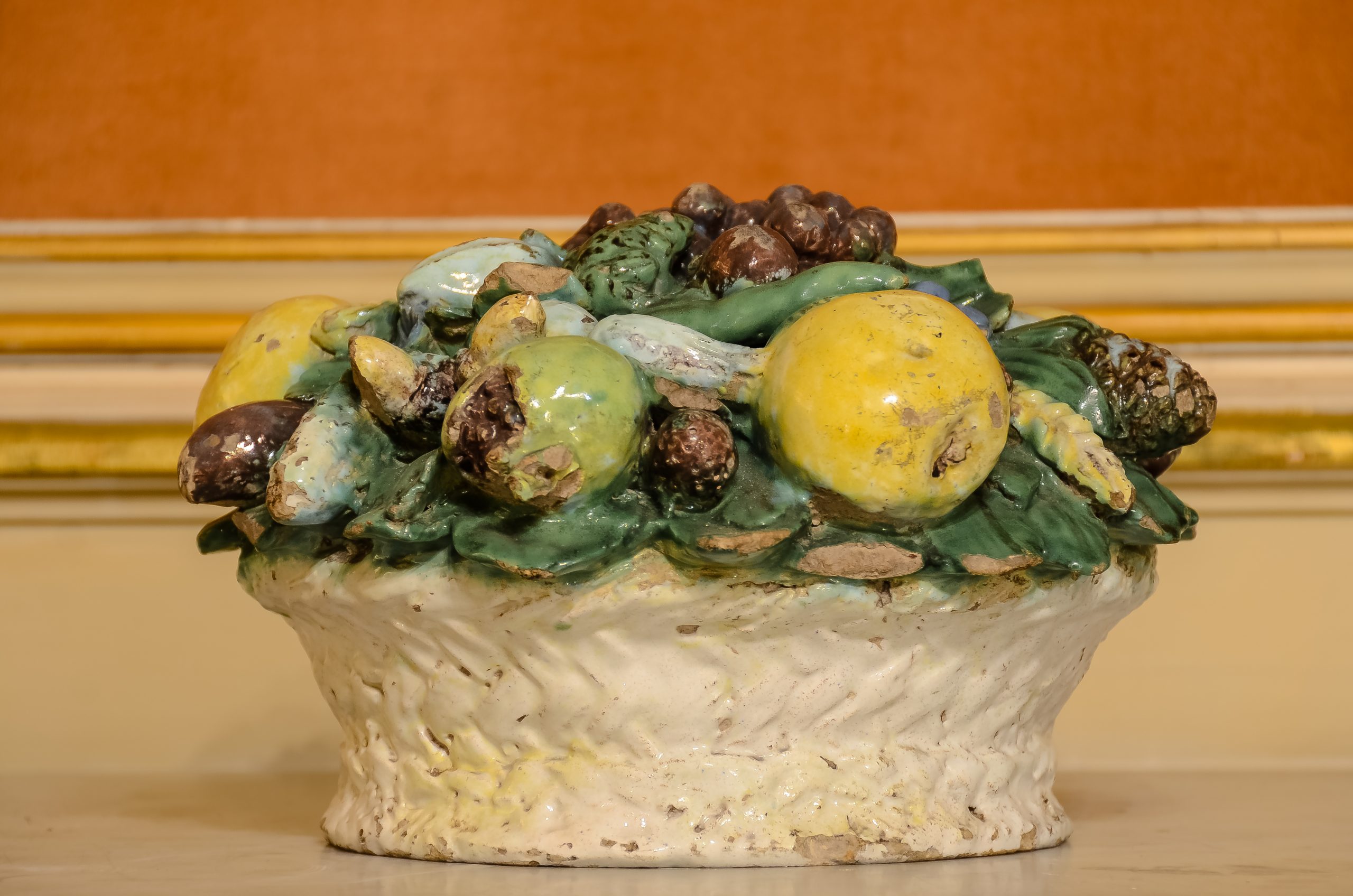 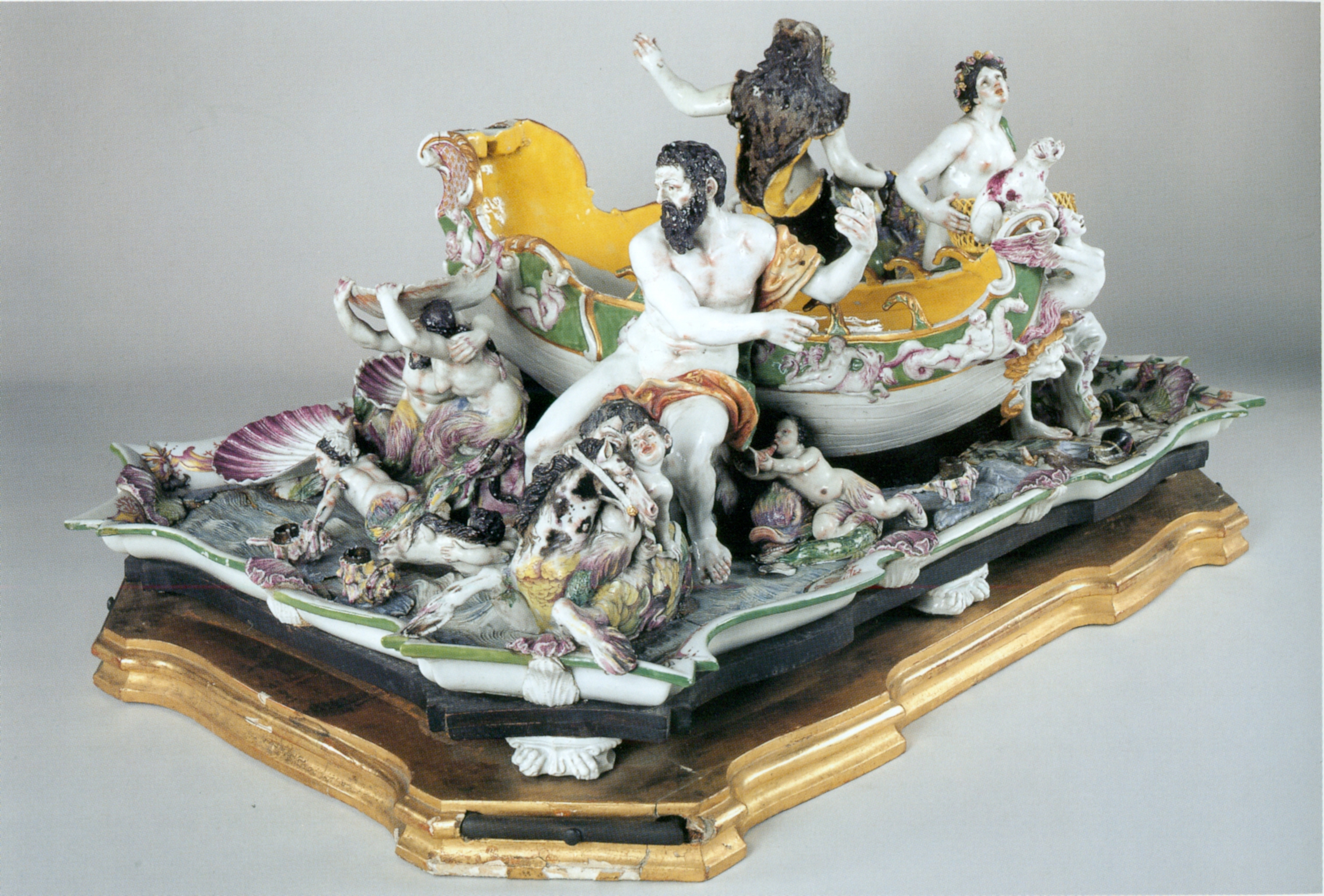 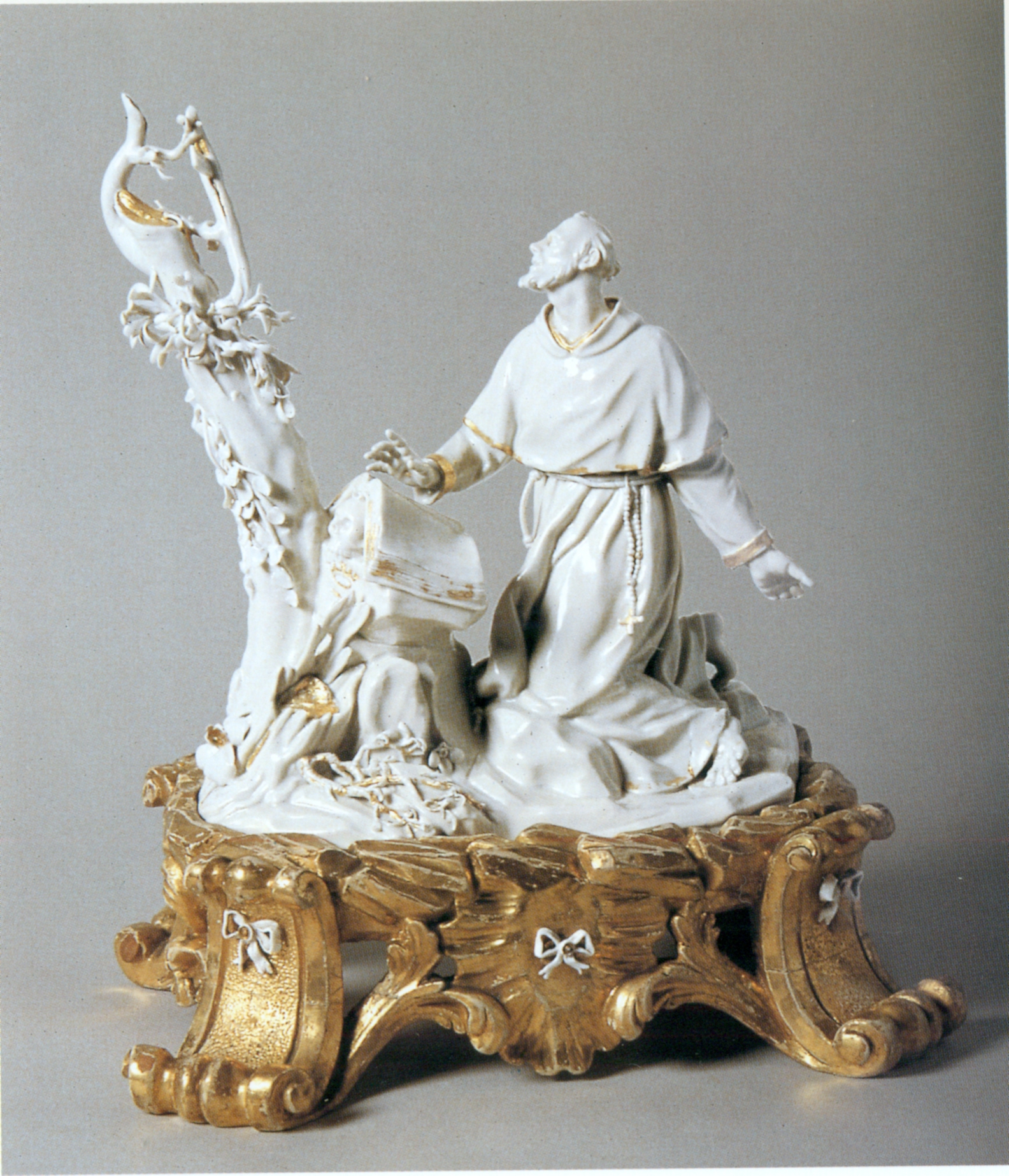 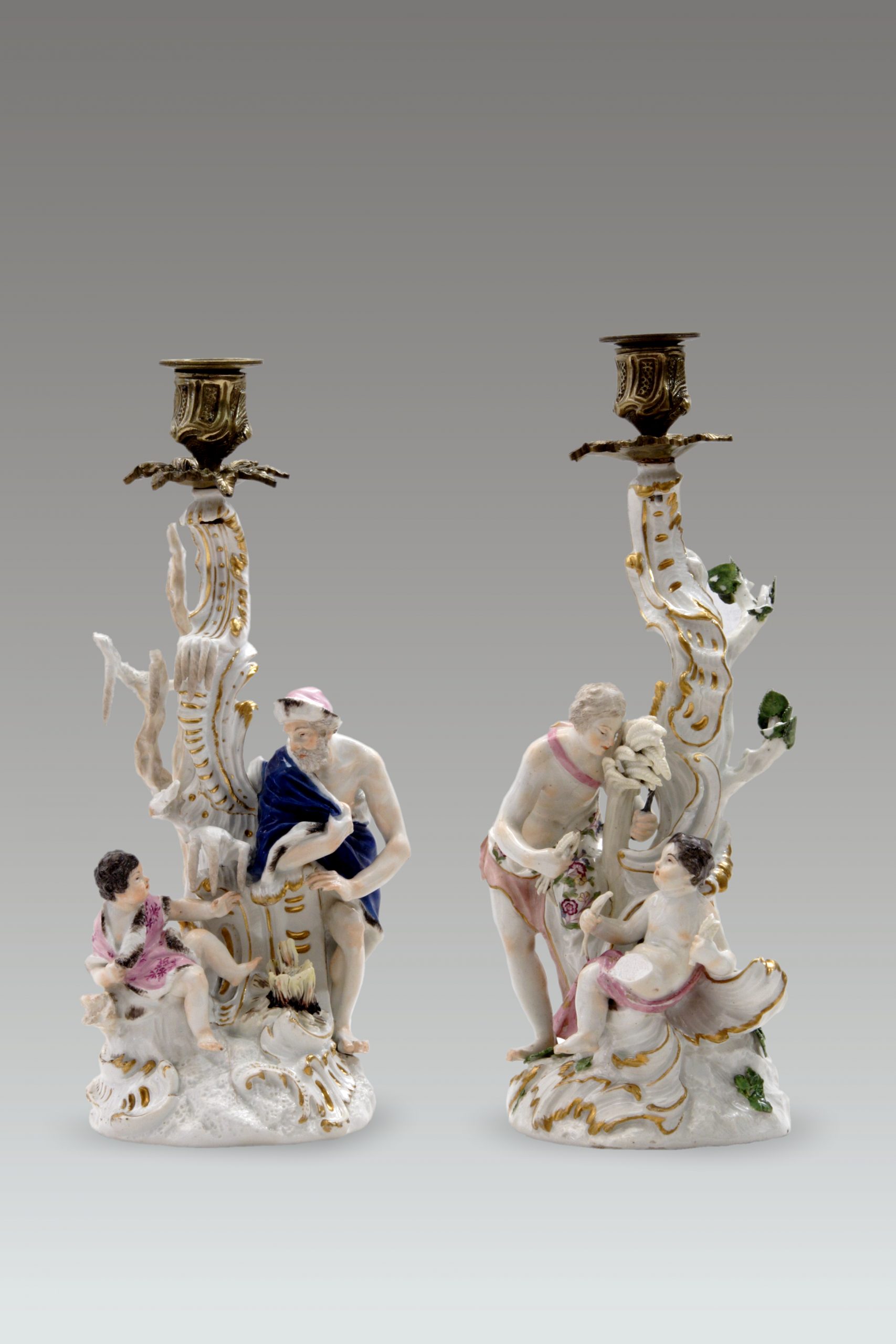 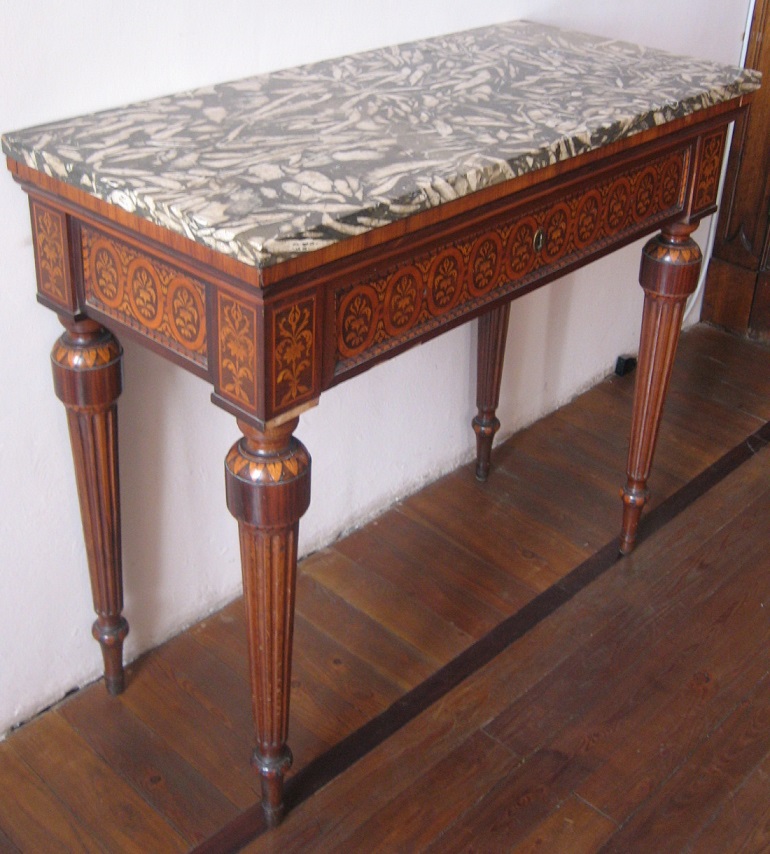 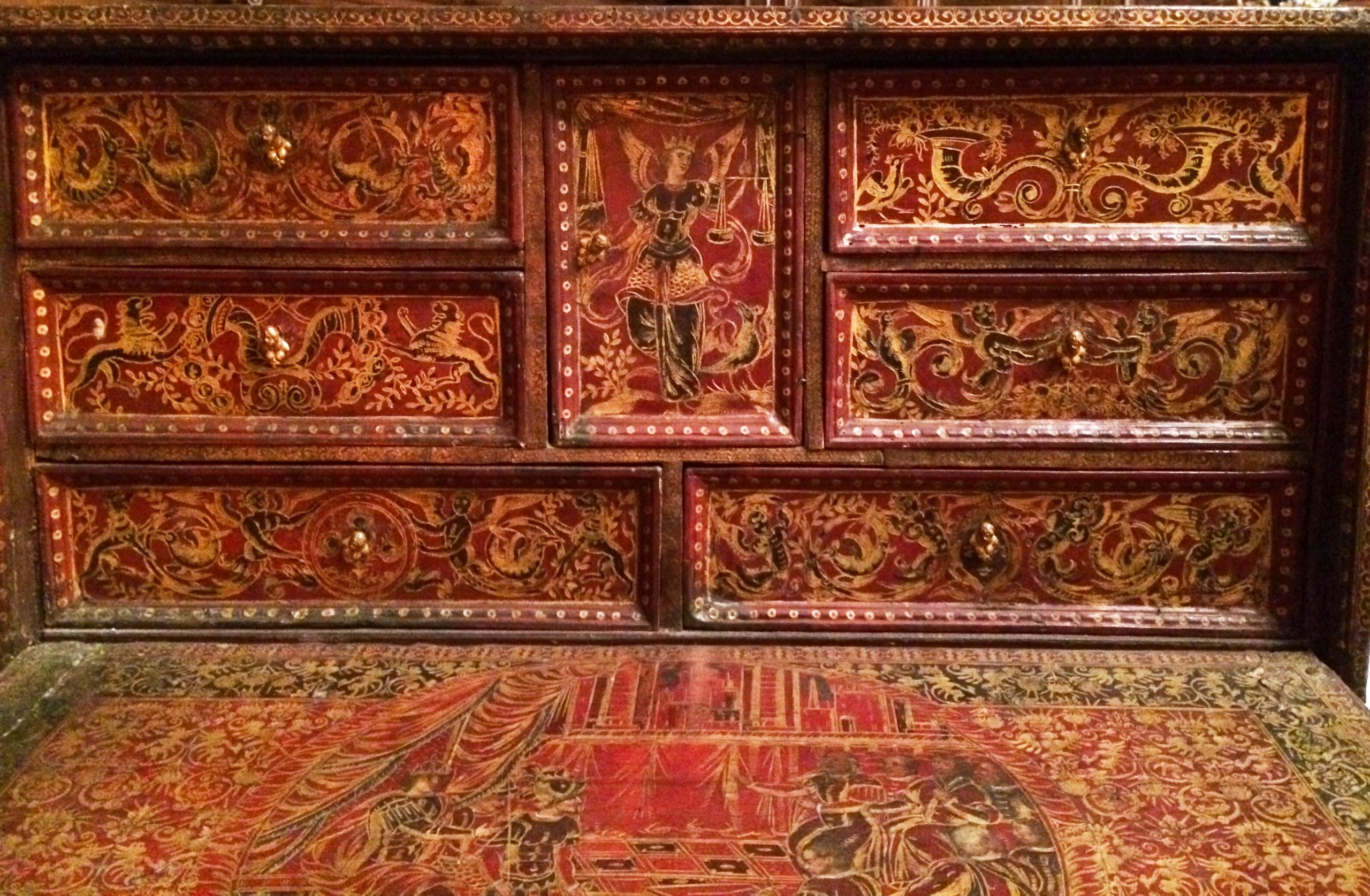 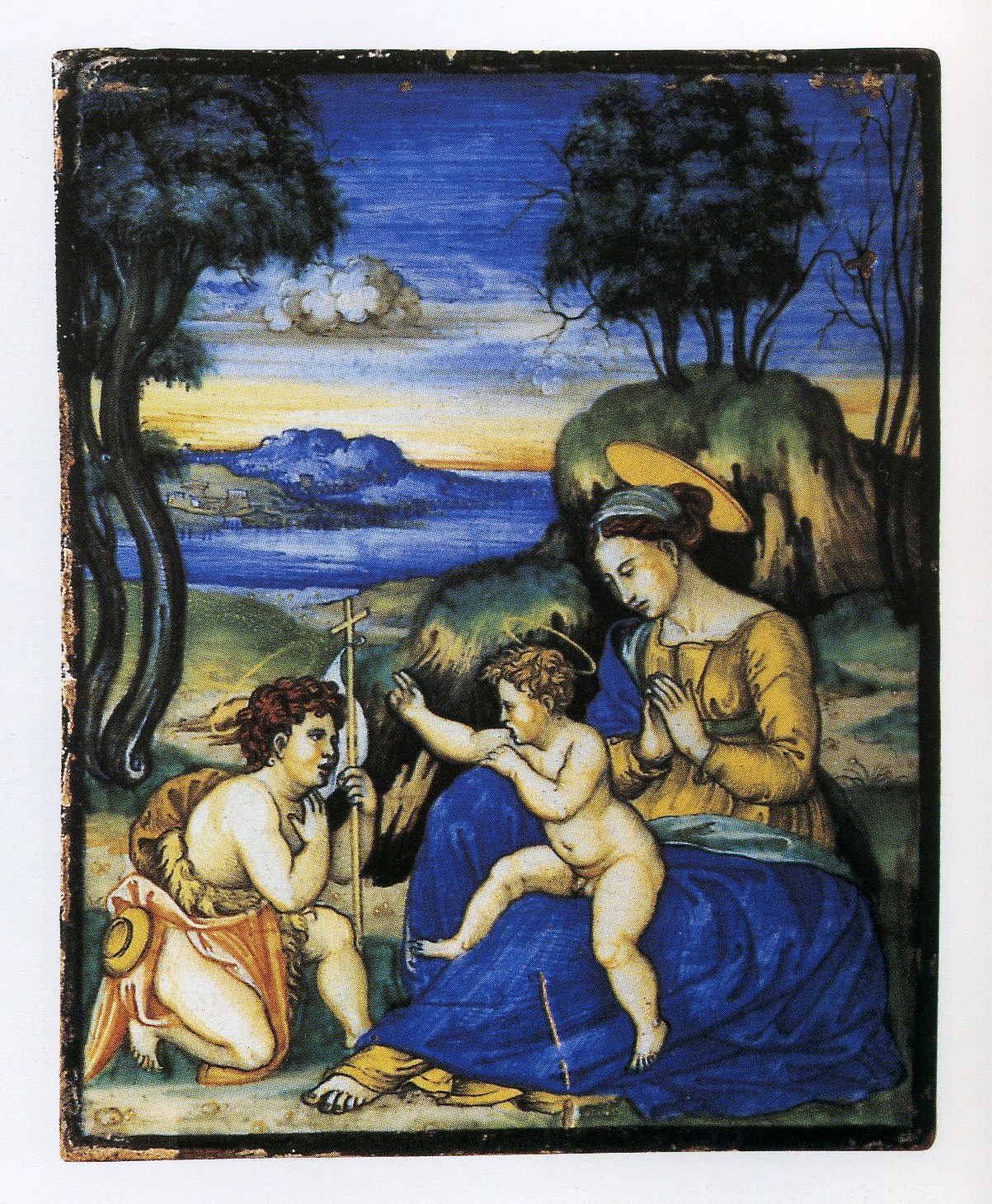 Work of the Month

The canvas is part of the uncatalogued works in the Cagnola collection of Gazzada Schianno, so it is not found published in the official catalog of the Collection edited by Boskovits and Fossaluzza in 1998.

In the Inventory of 1946 (AVC, Sezione Storica, Casa Cagnola, cart. 3, fasc. 1) Don Guido Cagnola lists all the works in the collection and number 48 corresponds to the painting with the Holy Family and St. John attributed to a “Milanese painter of the first half of the 1600s (procaccinesco).” The same number can also be found on the back of the canvas, where the pencil inscription in Cagnola’s hand also appears: “Procaccino” with the Inventory note attached (currently the work is inventoried: DI.NC.01).

There is no historical documentation on the date of the purchase and by whom it was made.Cagnola collecting originated with Carlo Cagnola (1828-1895), who in the mid-nineteenth century increased the estate with important art purchases that he accumulated in the Milanese palace in Via Cusani and the Villa in Gazzada. Aided by Giovanni Morelli’s advice, Charles bought paintings such as the Cagnola Madonna, ceramics, and tapestries. In 1886 he bequeathed his legacy to his son Guido (1861-1954), who continued his father’s collecting activities, mainly by purchasing paintings and increasing the collection (see Nicora 1991).

I participated in the direct analysis of this painting with restorer Lucia Laita, who, in addition to the photographic documentation, drafted an accurate file on the conservation status of the canvas. The analysis shows a remodeling carried out during the first half of the twentieth century, it has diffuse repainting with quartz paint that emerged through the help of Wood’s Lamp.

Regarding the attribution of the painting, there are currently no systematic studies on the work, but the current conservator of the Cagnola Collection, Andrea Bardelli, informed me of Mauro Natale’s verbal comment that attributes it to Antonio Mondino, as well as the opinion of Vito Zani, who accepted the attribution to Mondino and considers it a work of the last period, in which the painter is open to suggestions other than those of Morazzone

The Virgin has a melancholy expression with a lowered gaze and a gentleness in the oval of her recumbent face that echoes the models used in the canvas in the Civic Museums (cat. 11) and in the Madonna of the Church of Santa Caterina in Colmegna (cat. 13). The Child with the left arm seeks refuge in his mother’s arms, and on the whole the group is strongly Morazzonian, but is also influenced by Giulio Cesare Procaccini. To the side, we catch a glimpse of the face of St. Joseph, an elderly father, assisting slightly in the background, while to the left is St. John. The light setting is high-contrast, the figures emerge from dark backgrounds, and the outlines appear stiff at times. The Virgin’s robe is characterized by rather sharp contrasts; the blue of the mantle as well as the robe have undergone heavy repainting.

The confirmation of the attribution is further validated, following direct examination of the work, by Jacopo Stoppa, who notes similarities with the Madonna in the Musei Civici di Varese (cat. 11), despite the repainting, and proposes a date close to 1626. 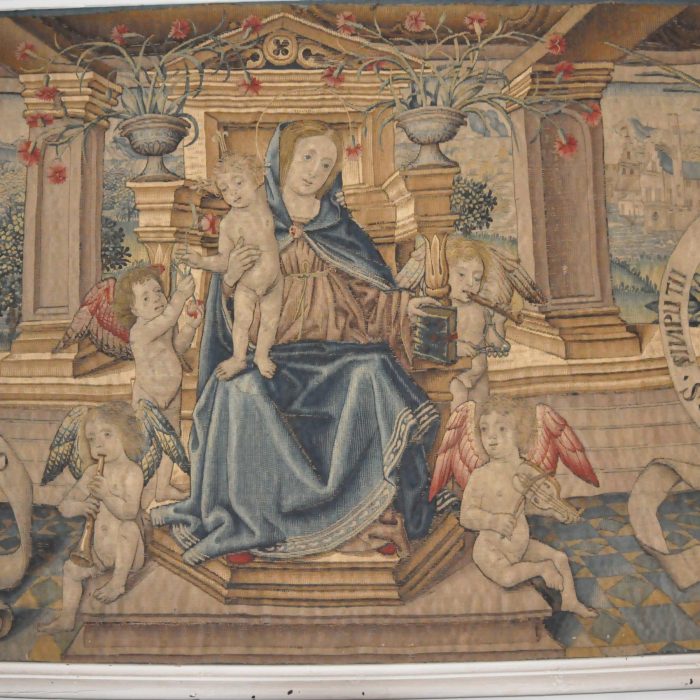 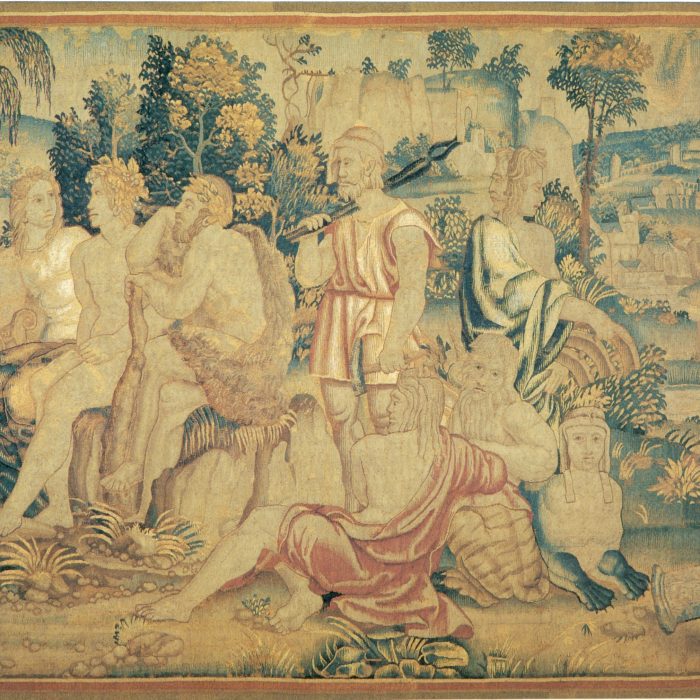